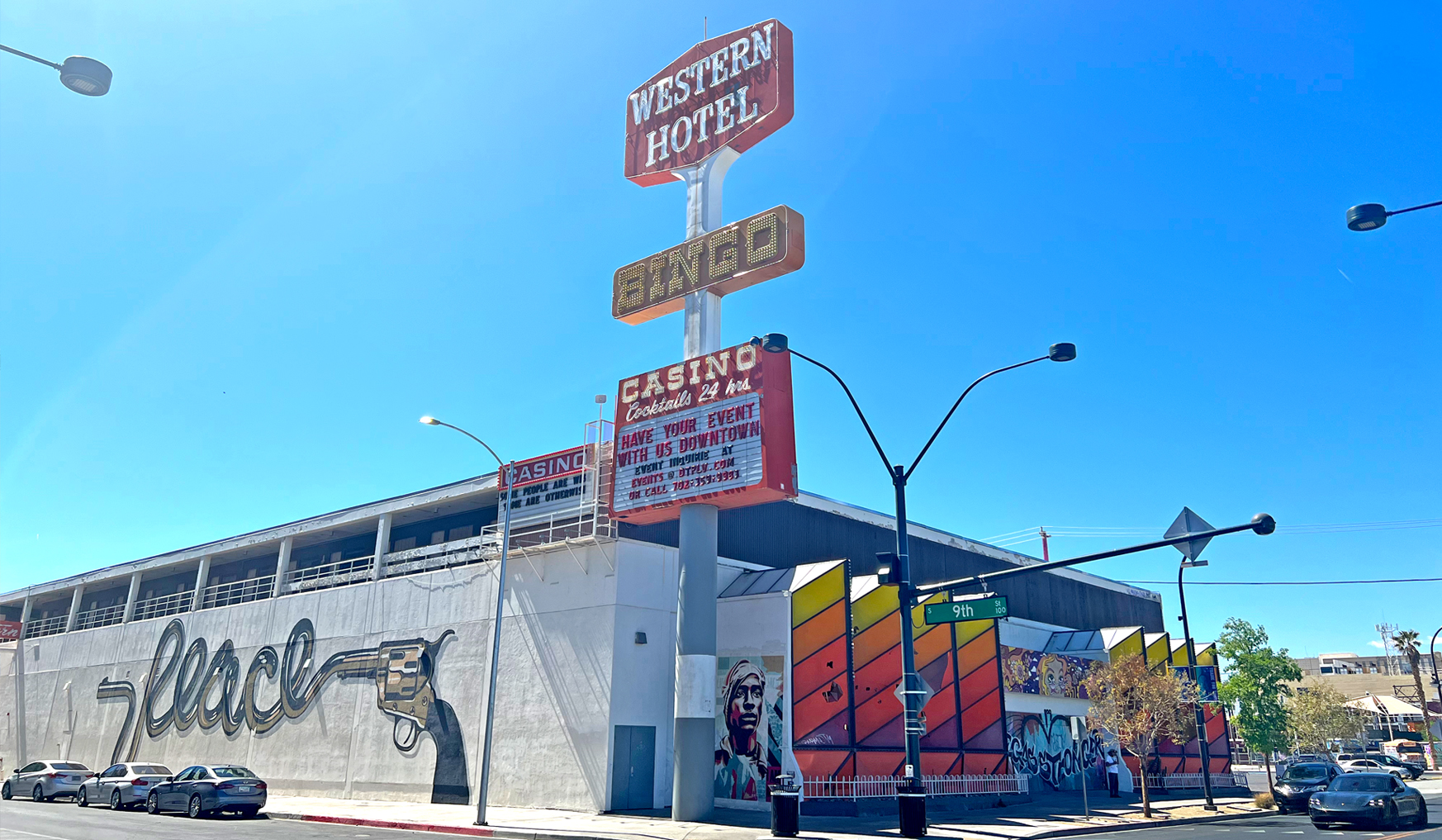 The Western opened in 1970 as the Western Hotel & Bingo Parlor and was owned by Jackie Gaughan and Mel Exber. At its opening, The Western was the world’s largest bingo parlor with 1,020 seats. It featured $1 slots and $1 beers. The main attraction for a limited-budget player was that there were numerous penny slot machines. Since 2013, Fifth Street Gaming has been the manager of this property and involved with potential development with the real estate owners.