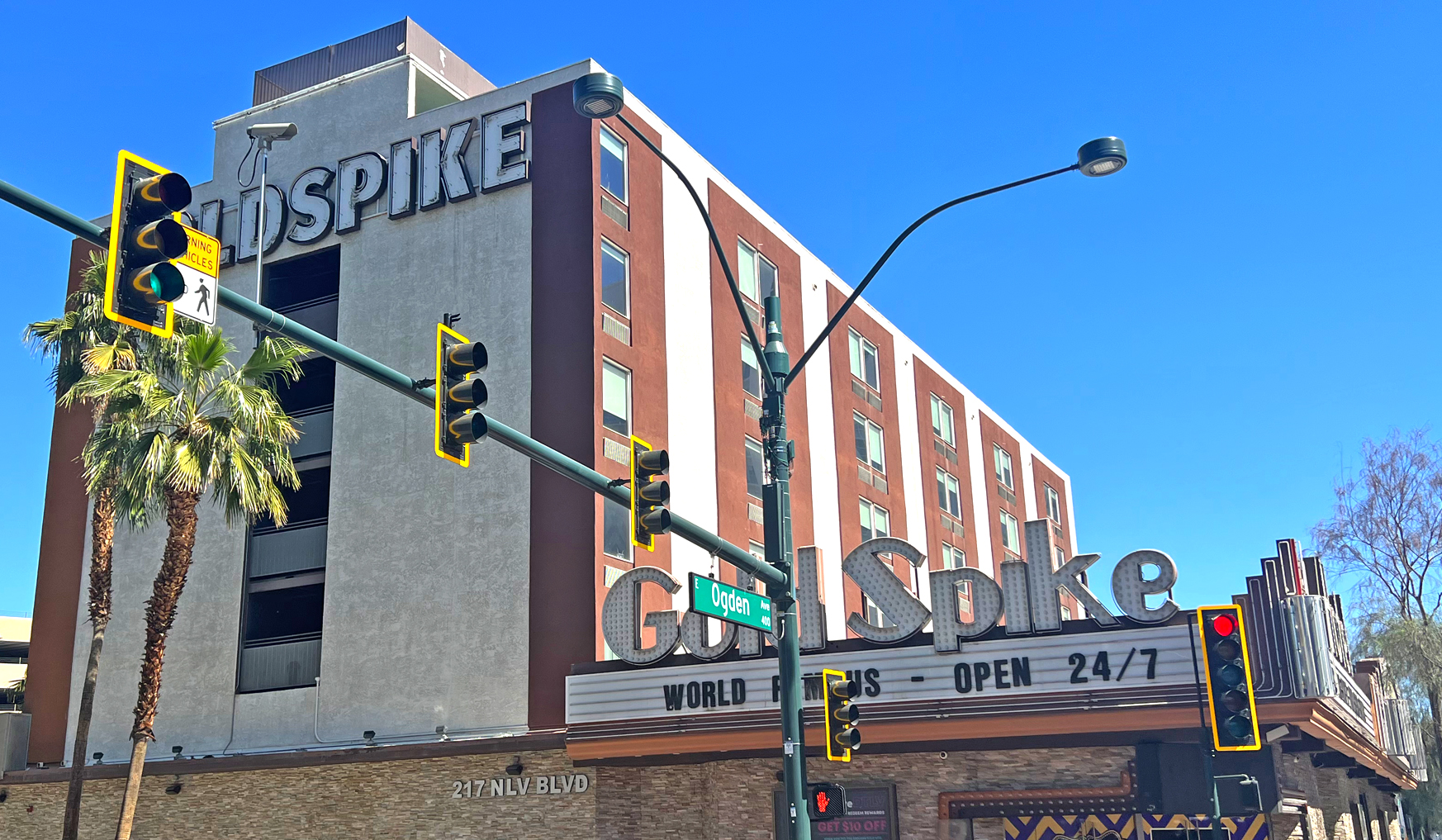 Gold Spike Hotel & Casino originally opened in 1976 as the 112 room Rendezvous. The Gold Spike for years has been known as an inexpensive hotel with few amenities. On December 6, 2002, it was sold and management discontinued the table games and only offered slot machines. It was then sold in 2008 to the Seigel Group. The Siegel Group set out to completely renovate the property and combine it with an old and forgotten 52-room motel located next to the property. It was then sold to the Downtown Project in 2013.