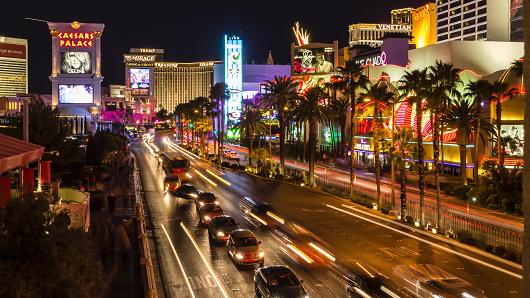 Appealing to millenials, Las Vegas gets a new e-sports arena

The arena has all the features that a professional sports venue needs: stands, warm-up areas for teams, massive screens for spectators and a broadcast platform for commentators. But what distinguishes this new Las Vegas arena is its dozens of video game consoles.

The 15,000-square-foot e-sports venue slated to open Friday will host competitive video game tournaments. It’s part of a trend that the casino industry hopes will attract the millennial crowd, the 15- to 34-year-olds who are becoming majority spenders in today’s economy but aren’t necessarily interested in traditional gambling.

“Las Vegas needs to consistently reinvent itself to remain relevant to the up-and-coming generation,” said Seth Schorr, CEO of Fifth Street Gaming and a member of the board of directors of Millennial Esports, the company behind the arena. “We’ve always come up with ways to maintain our position as the entertainment capital of the world.”