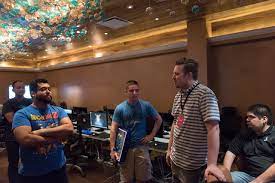 The whirl of buzz saws and the thump, thump, thump of hammers was in full force on Tuesday as the Ocean Resort continued to put together what it pledges will be the sharpest sportsbook in Atlantic City.

If nothing else, you can’t beat its location. 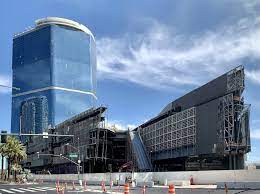 Hooters has activated KonekTV, the world’s best sports information screen, at all locations throughout Indiana, New Jersey and Pennsylvania to become the ultimate destination for sports betting fans. 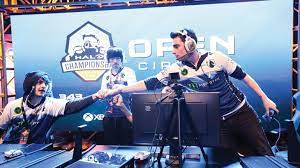 On Feb. 19, an international athletic showdown took over the MGM Grand Garden Arena in Las Vegas. It was the culmination of a five-day tournament that had teams from Denmark, Poland, Germany, Sweden, Canada, Australia, Brazil and the U.S. competing for $450,000 and priceless bragging rights.

As the last two squads battled under the lights during the final evening, analysts tracked the action, fans roared over particularly brilliant play, reporters watched for pivotal moments and confetti was readied for the victors. 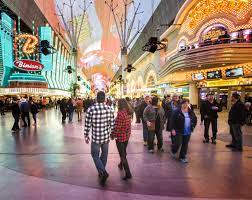 When Marc Abelman spotted a Jaguar and Rolls-Royce parked outside an Arts District coffee shop recently, he shuddered a bit on the inside.

“There goes the neighborhood,” he told his wife.

He was mostly kidding, but the sight was more proof of change sweeping across the downtown blocks dedicated to the community’s arts scene. These days construction equipment whirs, groans and beeps in the area bounded roughly by Hoover Avenue to the north, Colorado Avenue to the south, Commerce Street to the west and 4th Street to the east. The activity is giving way to new coffee shops, restaurants, a hair salon and even a marijuana dispensary — some within refurbished buildings and others in new builds.

Abelman and his wife, Jill, own InsideStyle, an interior design firm on South Main Street. They chose the location based on its proximity to artists, but when they moved in six years ago, the foot and vehicle traffic was significantly smaller. Now, it’s not uncommon to find people browsing Arts District shops on a Sunday evening. The area even played host to a group of Centennial High School students earlier this week who were touring art galleries and viewing outdoor sculptures.

“Is it the Arts District’s time?” Abelman pondered aloud, while bicycling through the neighborhood recently. “It is.” 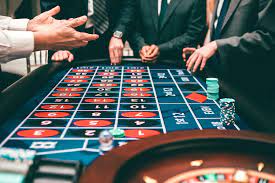 U.S. casinos are turning to videogame competitions to attract younger visitors and turn around years of subdued growth.

MGM Resorts International plans to convert a former nightclub at its Luxor Hotel and Casino in Las Vegas into a permanent venue for hosting esports contests starting next year, the company said Tuesday.

Other gambling properties already have built or are leasing space for such events, including Downtown Grand Las Vegas and Caesars in Atlantic City, N.J.

Casinos are looking for ways to jump-start growth, which has slowed since the recession. From 2001 to 2007, gambling revenue for casinos across the U.S. rose by more than 38%; since then, it has risen 8%, according to data from the University of Nevada, Las Vegas.

Many casinos, particularly on the Las Vegas Strip, have sought growth through other revenue streams, such as restaurants and entertainment. Last year, 34% of casino revenue on the Strip came from gambling, down from 41% in 2007, according to the University of Nevada, Las Vegas.

Casinos view esports as a way to attract younger new patrons who aren’t gambling as much as baby boomers or interested in existing forms of entertainment there. The average esports fan is between 21 and 35 years old, according to research firm Newzoo BV.

“This is really about creating another amenity on the property,” said Nik Rytterstrom, general manager of the Luxor. 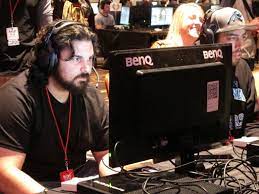 ATLANTIC CITY — Getting new customers involved in more interactive experiences is going to be a big part of the future for casinos in the United States and around the world, participants in a major gambling conference predicted Wednesday.

Casino executives, digital experts and payment processors at the conference in Atlantic City agreed casinos need to offer new experiences that directly involve the next generation. This involves new, non-traditional products such as competitive video game contests, skill-based slots, and daily fantasy sports and sports betting in states that allow it.

These would allow casinos to bring in new customers and revenue, the executives and experts said.

“I think all casinos, 10 years from now, will evolve and offer some sort of interactive experiences,” said Seth Schorr, chairman of Downtown Grand Hotel & Casino in Las Vegas. 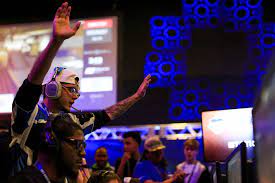 It’s an industry that does not yet completely exist but is expected to generate millions of dollars.

“Las Vegas is going to be something special for esports,” said Carson Knuth, co-founder of LEET, a startup that has been operating esports tournaments at Downtown Grand since January 2016. “We’re all just finding where we fit into that ecosystem.”

The emerging global esports industry generated $352 million in revenue in 2015 and is slated to generate $1.1 billion in 2019, according to a 2016 report by Newzoo, a provider of market intelligence covering the global games, esports and mobile markets.

Knuth was one of about 30 people representing a variety of possible esports industry stakeholders, including Caesars Entertainment Corp., the Las Vegas Convention and Visitors Authority and the Nevada Film Office, who attended the first meeting of its kind the evening of June 27, hosted by the Nevada Esports Alliance. 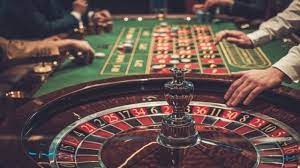 As casinos look to counteract an aging demographic of customers and players, one industry many operators are looking to is esports.

This is understandable given the typical demographic of esports fans, which in particular titles’ scenes at least, is notably older than many outsiders would (and regularly do) presume. They aren’t all kids. A recent story on Fox Business opened with the line ‘casinos are slowly embracing competitive video game tournaments as a way to help their bottom lines’, and went onto explain that the money was coming from hotel rooms, food and drink. This of course is not necessarily a bad thing; casinos are evermore entertainment venues first and foremost as opposed to gambling halls. 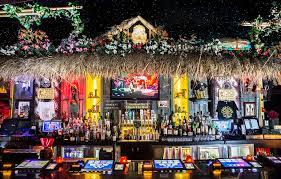 Sit right back and you’ll hear a tale — not of a fateful trip, but of an escape from reality, your own three-hour tour.

It comes by way of tiki culture, which had disappeared from Las Vegas but came roaring back thanks to Frankie’s Tiki Room, which is approaching its ninth anniversary, and The Golden Tiki, which just marked its second.

But while the two spots share a clear appreciation for all things tiki, they’re really about as dissimilar as a toddler and an almost-tween could be.

Frankie’s filled a void that was absolute. Tiki tradition started in Las Vegas in the ’60s with Aku Aku at the Stardust and Don the Beachcomber at the Sahara, but both closed in the ’80s. Taboo Cove, The Venetian’s attempt to revive the genre, lasted only from 2001 to 2005.

Enter P Moss, owner of the Double Down, the venerable Paradise Road dive bar. While Moss said he “wasn’t a fanatic or anything” in regard to tiki culture, he knew a niche when he saw one. 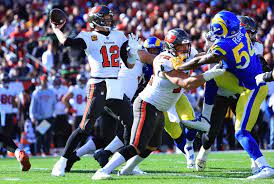 Last weekend I had the chance to attend the Casino eSports Convention (CEC), which was an overflowing fountain of knowledge. From the generality of eSports to the mindsets of gamers, all the way through to the legalities of betting on competitive video gaming and tips on how to best implement it onto the casino scene – CEC had it all.

With an amazing line up of extremely competent speakers, there was much to learn from each one on the several different topics spoken about.