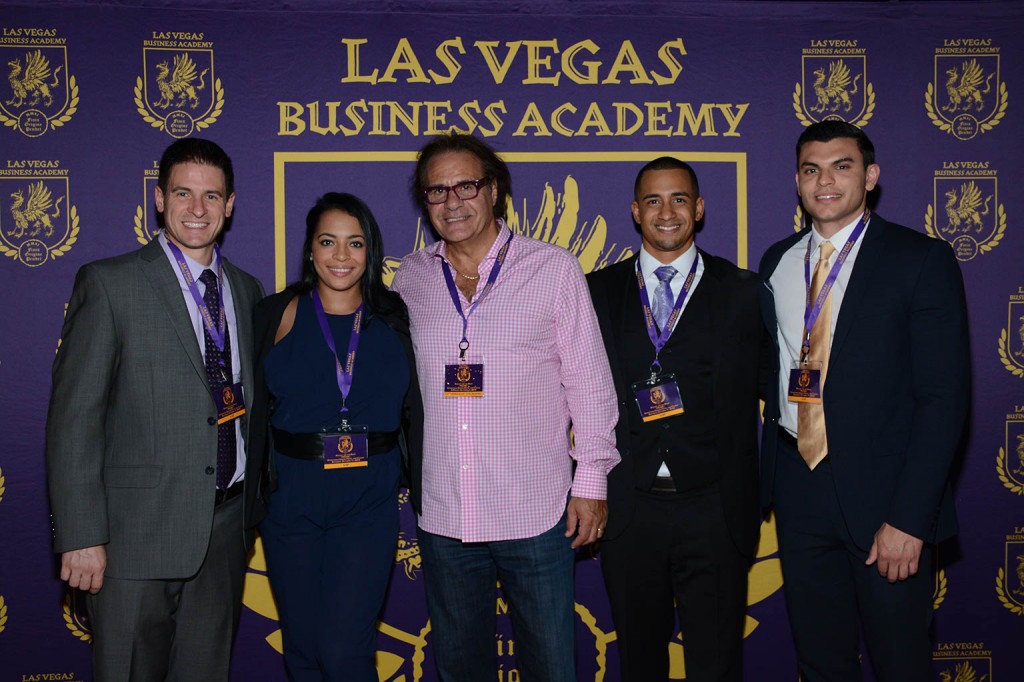 The evening began with an exclusive VIP reception with top community leaders, board members and the four scholarship recipients, Daven Cameron, Keivan Roebuck, Tasha Schwikert and Matthew Sheahan. During the reception, Las Vegas Business Academy’s Chairman and Founder, Rino Armeni, honored Seth Schorr, CEO of Downtown Grand Hotel and Sam Cherry, CEO of Sam Cherry Development with the Griffin award. The award recognized the prominent role the two industry leaders play in downtown’s resurgence in addition to their vision and drive to keep Las Vegas on the map as one of the world’s greatest cities.

Before arriving at Downtown Grand Hotel & Casino, guests were treated to a live performance of the Tony Award-winning musical, Wicked at The Smith Center. As the sun began to set and the city lights turned on, guests enjoyed a beautiful view of downtown Las Vegas as sounds of live music by Vegas Limit could be heard throughout the night.