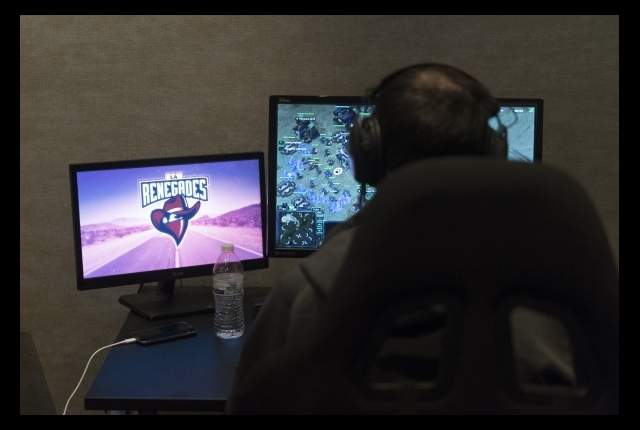 Amid the slot machines and blackjack tables at Downtown Grand, a group of video gamers represents the property’s latest attempt to be on the forefront of a sport you’ve probably never heard of.

In November, the property announced it’s hosting the LA Renegades, an Australian eSports team and players of the first-person shooter game “Counter-Strike: Global Offensive,” for a two-month residency.

The group of five plays in a private practice room to train for eSports league competitions and hosts meet-and-greets and exhibition tournament events. Downtown Grand’s Commissary Market and CafÃ© has been converted into an eSports viewing room.

eSports, established in Asia, is a term for professional video game competitions, which includes everything from first-person shooters to high-level team strategy games.

Since expanding into the United States and western Europe, more than 47 million people have watched or participated in eSports, according to an April 2014 report by Newzoo.

“It’s a very serious sport, and the players train for eight hours a day to hone in on their skills,” Downtown Grand Chairman Seth Schorr said. “We wanted to create a professional training facility that they can use as a home base as they travel throughout the world to play in eSports tournaments.”

According to Schorr, the Renegades residency came about after meeting the team’s owner.